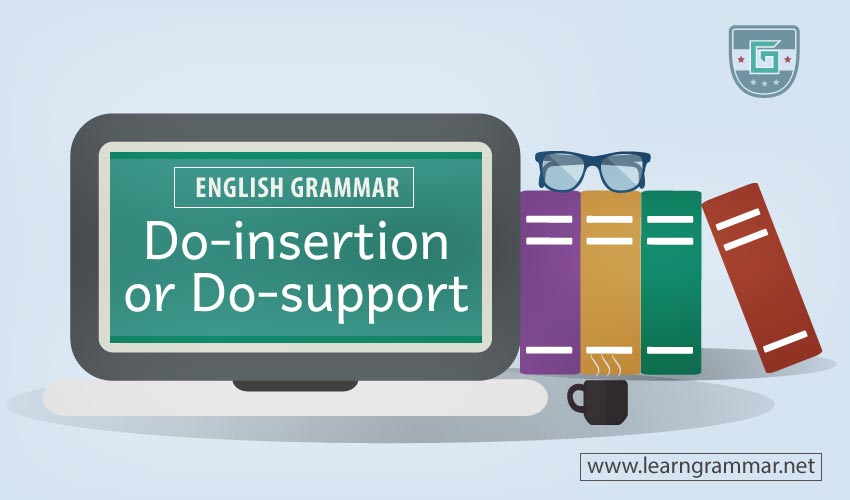 In English grammar, ‘do-insertion’ or ‘do-support’ refers to the use of the auxiliary verb ‘do’, including its reflected forms ‘does’ and ‘did'. There are some common uses of do-insertion which are described below.

To ask a question:

We consider a sentence, “You want money”.
Here, 'you' is the subject, 'want' is the verb and 'money' is the complement. But there is no auxiliary verb in this sentence. That's why we need to add a dummy 'do' to turn this assertive sentence into an interrogative sentence.

To make a negative sentence:

We need to add the word 'not' to the auxiliary verb.
Example:

Note: In most cases, we need to add the auxiliary 'do' to make a question or negative sentence except the use of the verb 'be' and the verb 'have'.

You are rich (are=be verb).
To make it negative, we can say
-You are not rich/ You aren't rich.

But we can't say say
-You don't are rich.

Similarly to make a question, we can say
-Are you rich?

In UK/ England, the same rule works with the verb 'have' also. So when we say

I have a dream.

-Have I a dream? (Question)

So there are only two exceptions to the 'do-insertion' in question and in a negative sentence. These are with the verb 'be' and the verb 'have'.

To put emphasis in imperative sentence

We also use the do-insertion with an imperative sentence when we want to put the emphasis.

Instead of saying to a kid,
“Behave!”
We can say, “Do behave!”
It means to put emphasis on 'behave' which is like giving an order.

You want a bike, don't you?

We want freedom, don't we?

She likes to play, doesn't she?

To answer a question by using 'yes/no'

When we need to answer shortly in 'yes' or 'no', we can use the dummy operator or the modal verb or the auxiliary to answer.

Here, the verb 'be' doesn't take the 'do' operator', so this reply is wrong. We can reply

What's special about 'do' is that it takes the 'tense inflection' and the 'third person inflection'.

He has a sister.
-he have a sister (this is wrong because 'he' is third person singular number).

So we should say
-Does he have a sister?

So only one of a verb the 'do' takes a person inflection.

When we say a sentence in the past tense

He had a sister.
-He didn't have a sister. (Negative)

Modal verbs are verbs that act like auxiliary verbs. For example: can, could, be able to, may, might, shall, should, must, have to, will, would, etc.

She should leave now.
-Should she leave now?

The modal verbs act like an auxiliary, and they invert with the subject to make a question, to make a negative sentence and to make tag question.

Singular They - Wrong or Right?

Correct Use of "Sequence of Tense" in Writing

Pronouns before the Gerunds & Infinitives