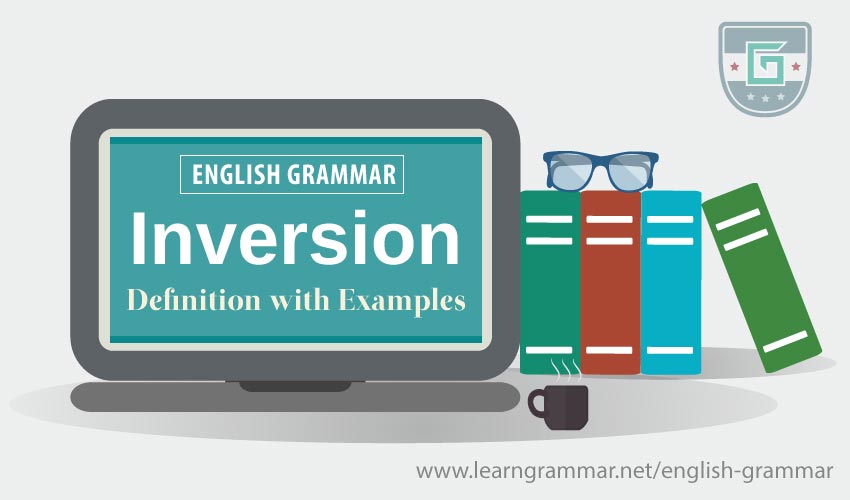 Inversion of the verb before the subject is a common phenomenon in English sentences. The natural order of English sentences is (subject + verb + . . . .) but sometimes it becomes (verb + subject). Inversion is most common with question form of the sentences. However, there are few other circumstances where inversion of subject and verb occurs.

Almost all forms of interrogative sentences (without subject questions and embedded questions) use inversion. These sentences always place the auxiliary verb before the subject.

Inversion in other expressions:

Many other negative and affirmative sentences use inversion.

1. Affirmative and negative agreement: only after so, nor, neither but not in the cases of either and too.

2. Negative adverbial expressions at the beginning of the sentence.

3. Beginning with only & not only.

4. Adverbials at the beginning of a sentence.

5. Adverbs of place (here & there) at the beginning of a sentence. This type of sentence requires the main verb (not the auxiliary verb) to come before the subject.

6. Some prepositional phrases at the beginning of a sentence.

7. Conditionals without the conjunction