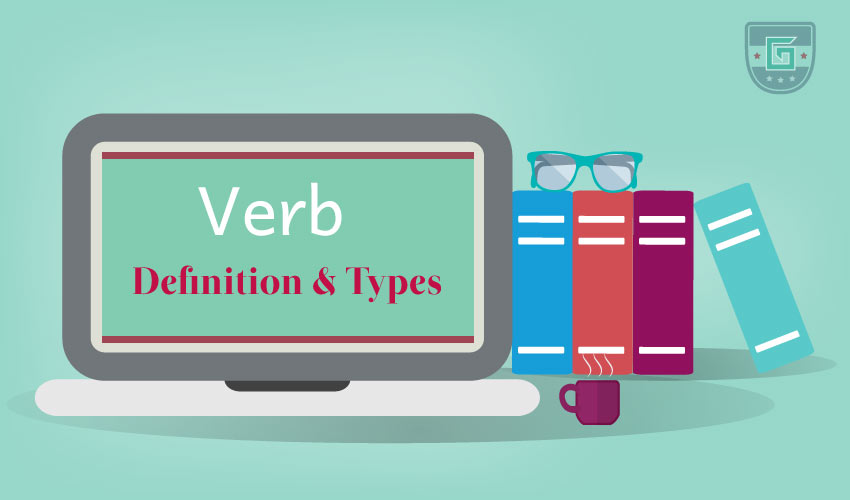 A verb is a word or a combination of words that indicates action or a state of being or condition. A verb is the part of a sentence that tells us what the subject performs. Verbs are the hearts of English sentences.

Verbs are related to a lot of other factors like the subject, person, number, tense, mood, voice, etc.

There are six basic forms of verbs. These forms are as follows:

The base verb is the form of a verb where it has no ending (-ing, -ed, -en) added to it. It is also called the Root Verb since it is the very root form of a verb.

The Verbs that follow the most usual conjugations are considered Regular Verbs. It is regular since it abides by most if not all of the regular grammar rules there are.

The Verbs that have irregularities in terms of following grammar rules are Irregular Verbs, in general.

The Main Verb that takes a direct object sitting right after it would be a Transitive Verb. They usually construct the most straightforward of sentences.

The main Verb that does not take a direct object specified right afterward and rather there is an indirect one mentioned somewhere along the line is called an Intransitive Verb. These verbs often make the corresponding sentences incomplete.

Finite verbs are the actual verbs that are called the roots of sentences. It is a form of a verb that is performed by or refers to a subject and uses one of the twelve forms of tense and changes according to the number/person of the subject.

Non-finite Verbs are not actual verbs. They do not work as verbs in the sentence rather they work as nouns, adjectives, adverbs, etc. Non-finite verbs do not change according to the number/person of the subject because these verbs, also called verbals, do not have any direct relation to the subject. Sometimes they become the subject themselves.

The forms of non-finite verbs are – infinitive, gerund, and participle (participles become finite verbs when they take auxiliary verbs.)

Action verbs can be transitive or intransitive.

Intransitive verbs do not act upon anything. They may be followed by an adjective, adverb, preposition, or another part of speech.

A linking verb adds details about the subject of a sentence. In its simplest form, it connects the subject and the complement — that is, the words that follow the linking verb. It creates a link between them instead of showing action.

Often, what is on each side of a linking verb is equivalent; the complement redefines or restates the subject.

Generally, linking verbs are called ‘be’ verbs which are - am, is, are, was, were. However, there are some other verbs that can work as linking verbs. Those verbs are:

Some verbs in this list can also be action verbs. To figure out if they are linking verbs, you should try replacing them with forms of the be verbs. If the changed sentence makes sense, that verb is a linking verb.

They are used in the continuous (progressive) and perfect tenses.

Do is an auxiliary verb that is used to ask questions, to express negation, to provide emphasis, and more.

A modal verb is a kind of auxiliary verb. It assists the main verb to indicate possibility, potentiality, ability, permission, expectation, and obligation.

The modal verbs are can, could, must, may, might, ought to, shall, should, will, would.

When the Subject and the Object are the same and the Verb reflects on the Subject, that is the Reflexive Verb. These Verbs are often used with Reflexive Pronouns like - myself, himself, herself, itself etc.

Ergative Verbs can be used as Transitive and Intransitive Verb. They are also called Labile Verb in English.

An idiomatic phrase consisting of a Verb and another element, most likely an Adverb or a Preposition is called a Phrasal Verb.

Lexical Verb is the main or principal verb of a sentence which typically takes the major responsibility of a Verb that represents the action of the Noun or Pronoun.

Delexical Verbs lack importance when it comes to meaning since these Verbs hardly have meanings of their own when used individually. The meaning is taken out of the Verbs and put into the Noun. Take, have, make, give etc. are Delexical Verbs.

The Verbs that describe the state of being are called Stative or Being Verbs.

The Verbs that entail continuous or progressive action of the Subject are called Dynamic or Fientive Verbs. They express the Subject’s state of being on the move.

The Verbs that are usually never used in their continuous forms are called Non-continuous Verbs.

All the Verbs that do not focus intensively on just the Subject (as the Intensive Verbs) of the sentence are Extensive Verbs.

A participle is a Verb form where they retain some of the characteristics and functions of both Verbs and adopt those of the Adjectives.

The Verbs having -ing endings that function like Nouns in sentences are called Gerunds.

The 'to + Verb' forms where the Verbs are at their base or stem forms while they function as Nouns, Adjectives or Adverbs instead of Verbs.