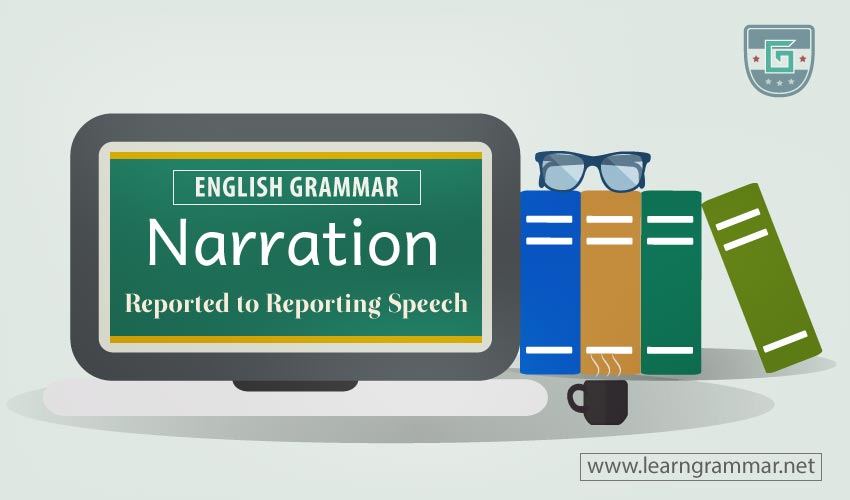 David said, “I’m baking a chocolate cake for you.’’

David said that he was baking a chocolate cake for me.

If we consider these two sentences, we might notice that both of them convey the same message, but there is a difference if we look closely. In the first sentence, I am conveying the activities of David in his (D) own words without changing it; it is called direct speech or we can say reporting speech. In the second sentence, I am using my own words to convey the activities of the speaker (D) to the audience. This we can say indirect speech or reported speech.

There are some major rules to change these speeches from direct to indirect. We need to consider the tense, pronoun, words that describe time, place, distance, types of sentences, etc. let’s have a glance at the following rules:

In an indirect speech the pronoun changes according to the speaker whether s/he is referring himself/herself or a third person. We can make this clearer if we learn this with some examples:

I) If there is a yes-no question in the direct speech, then the reported speech will start with whether/if and the reported clause form will be (subject+verb).

II) In indirect speech questions starting with who, whom, when, how, where and what the wh-word would be the subject or the object of the reported clause:

We will use ‘to’ as joining clause before the reported command or request, and the reported verb will be changed according to the moods of the sentence (e.g., ordered, requested, urged, advised, forbade or begged)

To change direct exclamatory speeches to the indirect one we need to replace interjection (hurrah, wow, alas, oh, etc.) with joining clause ‘that’ and the exclamatory wh-words (what, how) will be replaced by ‘very’ before the adjective in the reported clause.

Usually, the present changes to past tense while we change direct speech to indirect.

a. Simple present tense to simple past tense:

Exceptions: If the content is still true or happening then we do not need to change the tense in the reported speech. Like;

e. Simple past to past perfect tense

g. Past perfect tense does not change in the indirect speech;

Note: shall becomes should if it implies a question.

b. Modal verbs like could, should, need, must, might, used to do not change in reported speech.

Indirect speech differs from the direct speech’s time and place. When someone is conveying the message to the listener, the speaker might not be on the same day or place. So the demonstrative (this, that etc.) and the adverb of time and place (here, there, today, now, etc.) change. We can look into the following chart for the usual changes:

Avoid Redundancy to Improve Your Writing