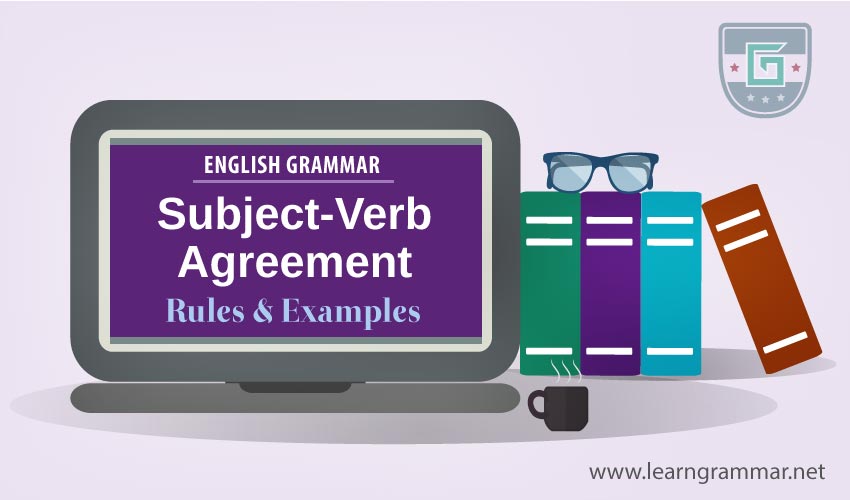 So, identifying the number of the subject is required to take a verb.

‘Be’ verbs according to number and person of the subject.

When the prepositional phrases separate the subjects from the verbs, they have no effect on the verbs.

A study (singular subject) on African countries shows (singular verb)  that 80% of the people (plural subject) of this continent live (plural verb) below the poverty line.

The perspective of different people varies from time to time.

The fear of terrorists and militants has made them flee the city.

Nouns connected by the conjunction and in the subject work as the plural subject and take a plural verb.

If the conjunction ‘and’  is replaced by together with/ along with/ accompanied by/ as well as, the verb will have no effect for the later part of these expressions. The words prior to these expressions are the subjects.

Note: If these expressions are replaced by ‘and’, the subjects will be regarded as plurals, and so the verbs have to be plural.

Example: Tom and his brothers are going to the city.

Some nouns are always singular and indefinite. When these nouns become the subjects, they always take singular verbs.

*Note:  Either and neither are singular if they are not used with or and nor.

Some nouns are always plural. These nouns have two parts.

Note: If these words are preceded by the phrase a pair of, they will be regarded as singular subjects.

None is a singular subject when it is used alone. When it is used with a prepositional phrase starting with of, the subject can be both plural and singular.

Example: no men are hungry now.

The sentences beginning with here/there are different in structure. In this case, the subject comes after the verb.

If a gerund or an infinitive comes as a subject, the verb will always be singular.

If the + an adjective appears as the subject of a sentence, it will be plural.