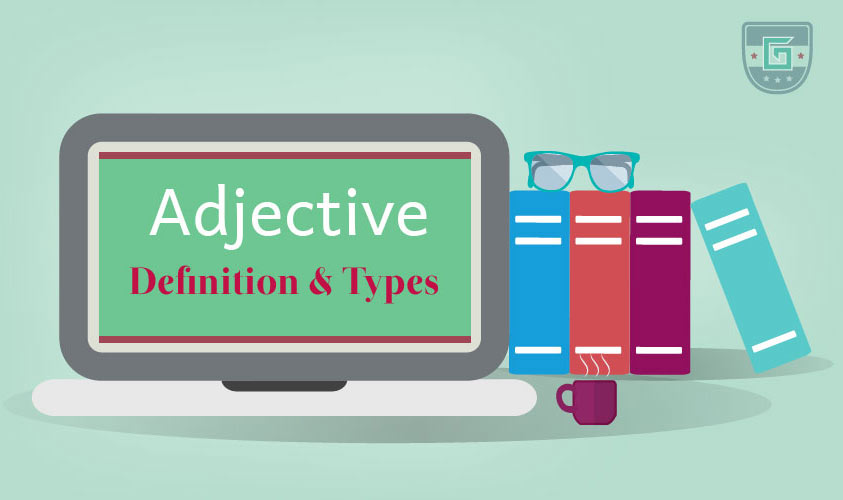 An adjective describes or modifies noun/s and pronoun/s in a sentence. It normally indicates quality, size, shape, duration, feelings, contents, and more about a noun or pronoun.

Adjectives usually provide relevant information about the nouns/pronouns they modify/describe by answering the questions: What kind? How many? Which one? How much? Adjectives enrich your writing by adding precision and originality to it.

However, there are also many adjectives which do not fit into these questions. Adjectives are the most used parts of speech in sentences. There are several types of adjectives according to their uses.

Participles are also included in this type of adjective when they modify a noun.

A quantitative adjective provides information about the quantity of the nouns/pronouns. This type belongs to the question category of ‘how much’ and ‘how many’.

A proper adjective allows us to summarize a concept in just one word. Instead of writing/saying ‘a food cooked in Chinese recipe’ you can write/say ‘Chinese food’.

Proper adjectives are usually capitalized as proper nouns are.

A demonstrative pronoun works alone and does not precede a noun, but a demonstrative adjective always comes before the word it modifies.

A possessive adjective indicates possession or ownership. It suggests the belongingness of something to someone/something.

Some of the most used possessive adjectives are my, his, her, our, their, your.

All these adjectives always come before a noun. Unlike possessive pronouns, these words demand a noun after them.

When compound nouns/combined words modify other nouns, they become a compound adjective. This type of adjective usually combines more than one word into a single lexical unit and modifies a noun. They are often separated by a hyphen or joined together by a quotation mark.

The Degree of Adjectives:

There are three degrees of adjectives: Positive, comparative, superlative.

These degrees are applicable only for the descriptive adjectives.

Positive degree: He is a good boy.

Comparative degree: He is better than any other boy.

Superlative: He is the best boy.